Winter Weather Update – How Does it Affect Propane Prices

It’s February and we have seen a little bit of everything so far this winter in terms of weather. We started the winter with record breaking warmth from Maine to Florida and much of the Midwest. The east coast had it warmest October, November & December time period temperature since weather has been recorded. This has been a needed break for the propane customer, since the previous two winters had been two of the coldest in the past 50 years.

Since then, we have also had a record breaking blizzard in late January for the Mid-Atlantic and Mid-West. In addition to all the snow, we have had tornadoes in Florida and areas of the southeastern parts of the country. We are in an El Niño pattern which tends to be very volatile. It hasn’t been uncommon this winter to see 30-40 degree swings from one day to the next.

As of now the forecast for March tends to follow this same volatility in terms of temperatures. The east coast forecast shows another cold shot but will be brief in terms of time and will not be the extreme poplar vortex type air. After that temperatures are looking to be seasonal to above for end of March on the east coast. The mid-west forecast is projected to be above average for most of March. This not does not mean there will not be some average or below day mixed in but overall the pattern is to be warmer than average for mid-west for March. The west coast is forecasted to be above as well for the month of March.

With the lack of any extreme cold air in the forecast this winter is on track to be one of warmest in history. Currently this winter has been slightly warmer than the winter of 2010/2011 which was in the top three warmest of all time.

For as volatile as the weather has been, the price of propane has been very stable. According to the EIA (US Energy Information Administration) the average retail price of propane nationwide as of October 5, 2015 was $1.9805/gal. As of February 22, 2016, the average retail price of Propane was $2.028/gal.  This shows that we have gone through most the winter with very little price movement — which isn’t a bad thing. Most consumers would agree stable prices is an advantage to using propane and this winter certainly has been no exception.

Although prices have been stable, other commodities have gone down a bit in recent months. This leads to the common question – “If energy prices are down, why I am paying the same price for propane as I did this summer of early fall?” This is a great question and involves two main factors –

If you turn CNBC or CNN on, or listen to the any kind of news radio you will often hear about energy prices. The fact that energy prices are falling has been in the news quite a bit lately as it has been correlated to a falling stock market.  More often than not, media outlets are referring to crude oil as energy prices. But the energy complex is made up of more than just crude oil. When was the last time that anyone purchased crude oil to heat their home or to run their car? The energy complex also encompasses: gasoline, heating oil, propane and natural gas.

For example, the driving season is generally defined as (April-September) and gasoline is in greatest demand during these months.  It is not uncommon for gasoline prices at the pumps to rise during these months at a much faster pace than other energy prices. It is also not uncommon for gasoline prices to rise slightly even though the price of crude could go down slightly for the same given period. A similar situation has developed for propane this winter.

The heating season is generally November–March. Propane is in greatest demand during these months and the price is generally strongest in the winter months during peak demand.

Let’s look at the actual numbers. The average price of WTI crude oil the week of October 5, 2016 was $46.26 a barrel. I write this on February 24, 2016, when the current price is $32.24 per barrel. As I mentioned earlier the price of propane has actually increased a little bit even though crude oil has gone down approximately 30%.

There are many factors that go into the price of energy. Crude oil is truly a global marketplace. Economic growth of the China and European banking crisis can effect crude oil very much from day to day. Propane is a more domestic product and has less global factors affecting the daily price. Which is why propane tends to be more stable than many of the other energy products. The stability of the price of propane is another reason why it has become such a popular heating source and overall energy source.

The wholesale price of propane is the cost that your local propane retailers are paying for their propane. The whole price is generally determined by the spot market plus basis. The spot market is determined by traders using futures contracts. For propane, the most common contract is the Mont Belvieu, Texas delivery point.

Basis can be thought of as the cost to deliver propane on a pipeline to various regional markets. Most propane marketers purchase propane for so many cents above the spot market. The cost of basis in winter can be $.30/gal to even $.50/gal higher than in the summer. Because the demand for propane goes up in the winter, the cost of basis does as well.

A great analogy to explain basis is to look at a train schedule. The cost of a commuter train from Philadelphia to New York leaving at 5:50 am is normally around $55.00. For the same seat on the same type of train leaving at 6:32 am the cost would probably be around $99.00. It costs the train company the same amount of money to run the train at those times, but because the demand is different and there is a limited amount of capacity on a train, the time with more demand costs more. Just as there is limited amount of capacity on a pipeline to ship propane to various regional markets.

This is why the price of propane tends to go up in the winter. So bottom line, as mentioned in previous blogs, you will be able to save money in the long run if you consistently top off your tank in summer months.

We have had warmer weather and stable prices for propane this winter. That should lead to a significant reduction in your heating expenses for this winter versus the previous two winters. That is a good thing and we hope you put that savings to good use! Learn more propane facts at comparepropane.com

Over 15,000 people have saved! You're one step closer to reducing your monthly utility costs. 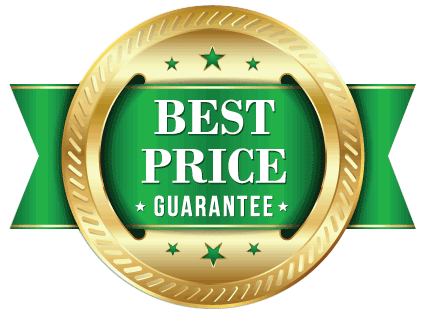 Was paying an outrageous amount of money for propane, so I decided to try out getting bids. After signing up, I got multiple bids from companies and was able to select the one that had the cheapest price. Saved me a lot, so I bought a new recliner chair.
Miachael C.Beaufort, SC
My husband and I just bought our first house and are also expecting our first child in 3 months. We never bought propane before and were so busy getting the house ready for our baby. This made it easy for us.
Jenn K.Columbiana, OH
I was really impressed with the service. They gave me 3 bids and I saved about 25% on my bill from what the previous company was charging. I would definitely recommend them to anyone looking to save money on their propane bill.
Phyllis B.Anne Arundel, MD
Was great. Super quick and easy. I don't like figuring things out like propane. So any service that just pretty much does the research for you is a good thing for me.
Jim S.Clearwater, FL
Previous
Next

Over 15,000 people have saved! You're one step closer to reducing your monthly utility costs. The average customer saves 30% on their yearly propane costs.

Save on Propane Now! 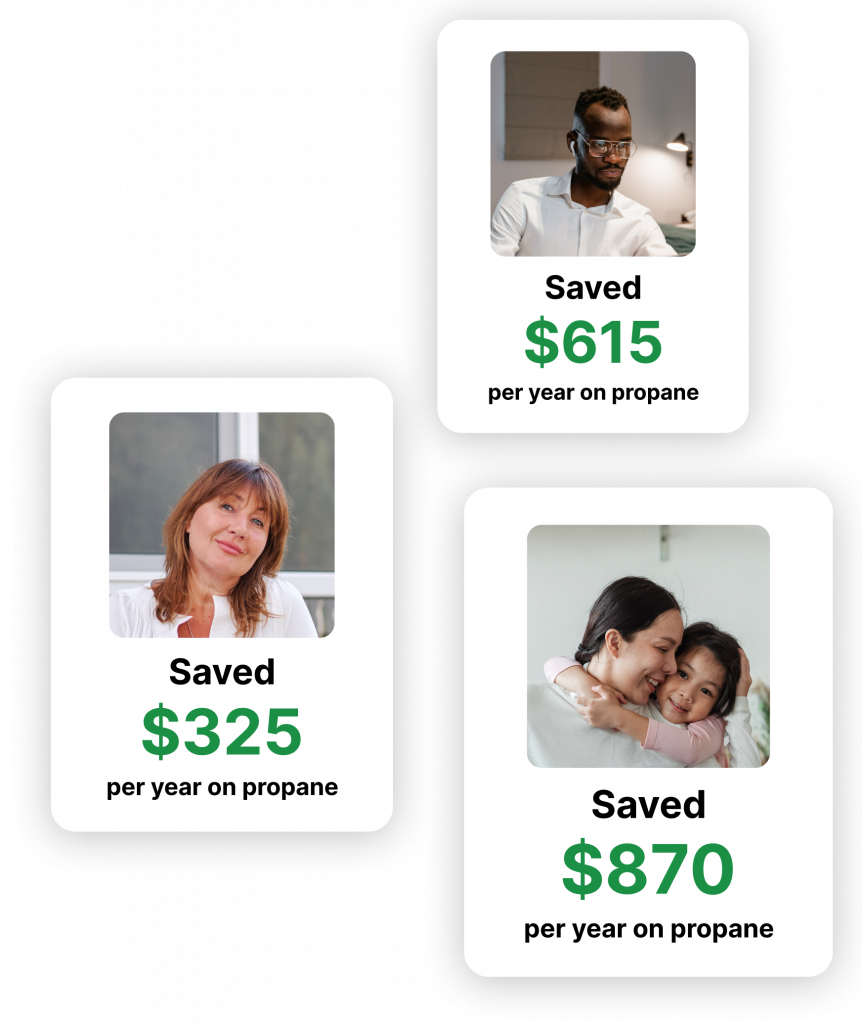